My mother and father had both died by the summer of 1966, but in marrying Joanna I came to know two most wonderful people of that same vintage wartime generation: her parents, John McCallum and Googie Withers. Their achievements can be found elsewhere in numerous accounts; here is only a very small family-oriented tribute to that talented, courageous couple, who were married for over sixty years and who gave so much pleasure and were so much fun. 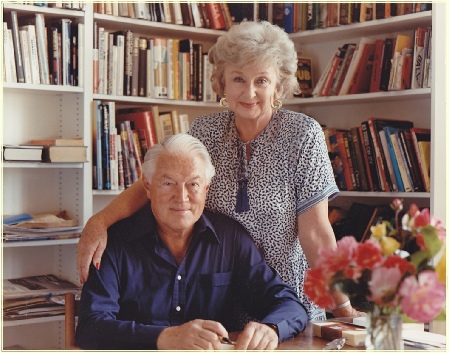 John and Googie in their rented house in Bosham, West Sussex, summer of 1988. They were acting together at the Chichester Festival Theatre, during John Gale’s tenure there, playing Judith and David Bliss in “Hay Fever”, and also appearing in the Jean Anouilh play “Ring Around the Moon.” After many previous happy times at Chichester, this was their last time working at that particular theatre. 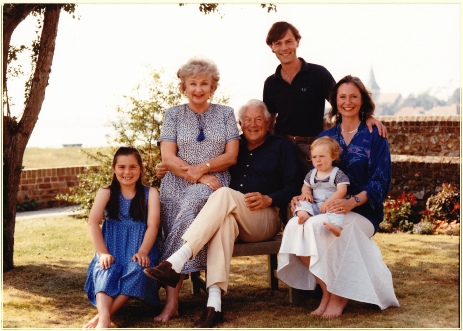 With a young family to entertain, it took little persuasion for us to stay with J & G during that summer holiday.

You look back on some periods of your life as being golden. This was one such for us. 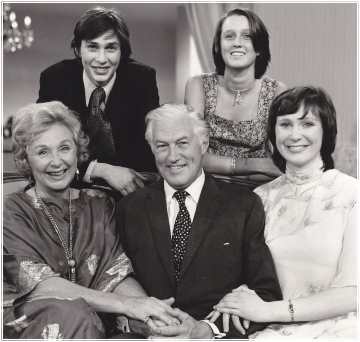 Going farther back in time … Googie had been on “This is Your Life” with Eamon Andrews in England, and here it’s John’s turn in Australia.

All three of their children are shown, with Jo on the right. At the back is Nicholas, who has been for many years a Film Designer in Australia and other parts of the world; and Amanda (Archibald), Australian farmer, artist and photographer.

This house, at Bayview, on  Sydney’s Northern Beaches, no longer exists, but for forty years it was Googie and John’s Australian home.

Originally a small wooden structure, it was a magical place that had been added  to over the years with great imagination, if with an occasional anomaly occurring. There was, for instance, in one room  a window that was now on the inside rather than the outside of the building.

The view from the garden down Pittwater , with, if one could see it, Lion Island in the distance.

The garden led down to a swimming pool right on the water. It’s a far way from Yorkshire, but somehow I managed to write a winter episode of “All Creatures Great and Small” in these surroundings … ‘James’s hands are frozen as he etc …’ I think he was trying to remove a ball that had got lodged in a dog’s throat.

One doesn’t mind that the house has gone. Now it can never be spoiled. 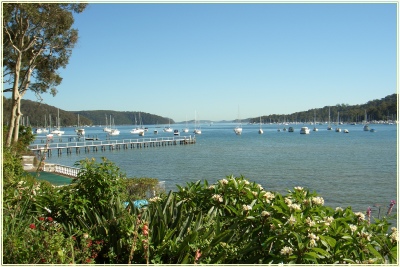 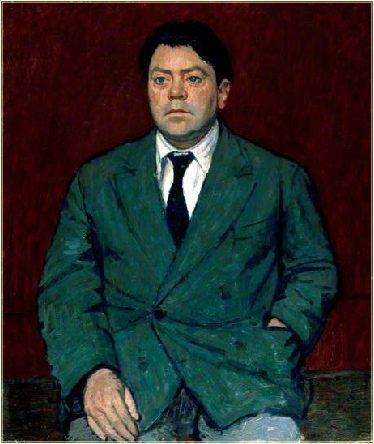 If I had a Rosella

But they never ever do.

One For the Aussies

Long ago I was told (by whom?) that this photo on on the right, taken in the early 1950’s, was by a drinking companion of my father’s, John Deakin. However, the expert view is that this portrait is far too appreciative to be one of his …! However, according to my Aunt Evelyn, Deakin had a crush on Marjorie, so maybe the jury’s out on that one. 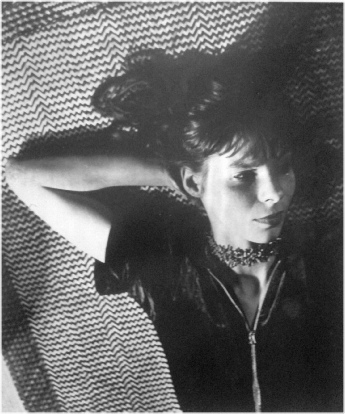 John Davenport was his own obstacle to success, setting himself such prodigious standards in creative work that he was eventually unable to write except as a critic and broadcaster. Constantine FitzGibbon said that he was too ‘fastidious’. He spent time in Hollywood, and in the UK wrote the script for the James Mason film, “Hotel Reserve”. He was a terrific talker, and his friendships with great boozy writers continue to impress me. Among them were Dylan Thomas, Malcolm Lowry and Louis MacNeice. I remember meeting the first and last of these three. A book John Davenport wrote with Dylan Thomas, “The Death of the King’s Canary”, was judged to be, in that famous phrase, “not entirely successful” when it finally appeared in the 1970’s. Other friends included the fantasy writers T. H. White and Mervyn Peake.

I’m grateful to the Royal Academy, and specifically Laura Valentine, for granting me use of this reproduction of one of the four portraits  Robert Buhler painted of JD.

Born into a Scots army family, my mother Marjorie won a place at the St Martin’s School of Art to study clothes design, my maternal Aunt Evelyn told me, but was unable to take it up because she had a young family. There must be so many, and in later generations than hers, too, who have suffered such reverses for the same reason.