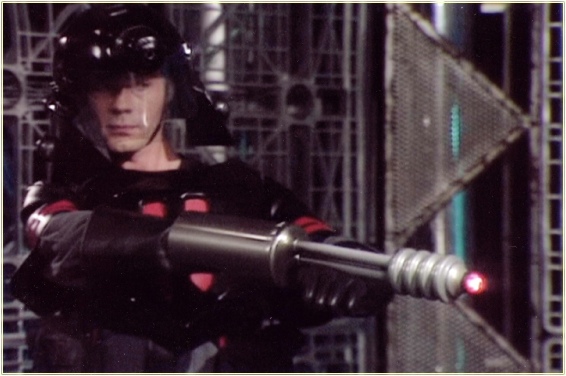 The costume of a Dalek Trooper is made of purest PVC. That helmet, meant to echo the appearance of an actual Dalek, suggests an item from an Ann Summers shop, and the ray gun is a hand-me-down from Buster Crabbe’s 1930’s Flash Gordon series. Inexpensive, is the word that comes to mind. In the screen grab on the right I’m about to release the evil Davros from his cryogenic prison, a scene I’d forgotten until I came upon the picture.

The reason this website was created was: “The Roger Davenport Page” .   Now moved or gone, it consisted of a single line about my part in ‘Doctor Who, Resurrection of the Daleks’ … It had to have some competition. But then, once you’ve been exposed to the gravitational pull of the Tardis, you can never really escape ... 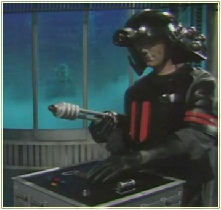 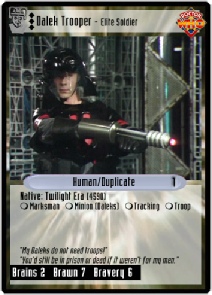 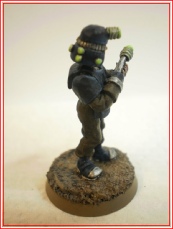 Make of this what you will.

PETER DAVISON WAS MY DOCTOR!

The Fifth Time Lord was that deceptively clever actor, Peter Davison. A few years after Resurrection of the Daleks, I was writing for him in All Creatures Great and Small. This shot (right) is NOT from Res. of D’s, as far as I know.

Photographs courtesy of Dr Who fans