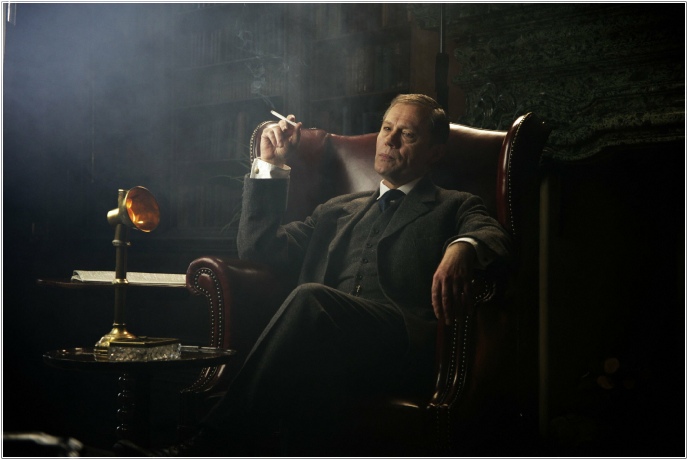 As a part of the 2007 BBC Television series “The Edwardians, the Birth of Now”,  I wrote the script for, and played the title role in this drama documentary. (Photograph by Rolf Marriot.) 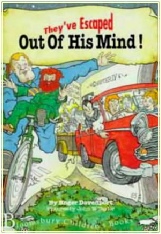 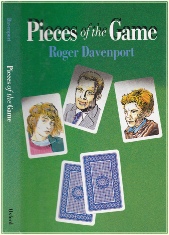 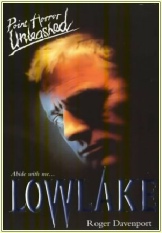 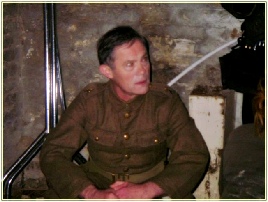 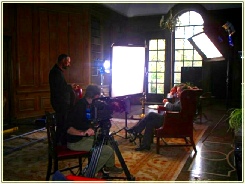 Produced and directed by Andrew Hutton, the show explored the life and works of  the writer H. H. Munro, whose pen-name was Saki and who died in the First World War.  His short stories remain classics of their kind – amused and amusing, and very often quite dark.

In the photo on the left, Andrew Hutton talks to Spike in the background, while in fore- 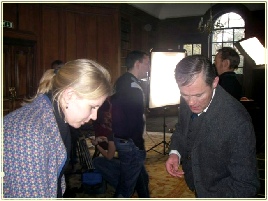 THE DOUBLE LIFE OF SAKI

“Out of His Mind” is a 1996 comedy about characters from a fantasy novel who escape from their creator’s imagination into the real world. “Lowlake” is a fairly traditional ghost story. I’d wanted to set it in the 1950’s, but my editor at Scholastic thought kids wanted ‘now’, not ‘yesterday’. The central character is a girl, and originally the story opened with her as an adult looking back on her youth. As for “Pieces of the Game”, I’m not sure many people got past the dull cover. Inside is an exciting tale of two young people who go on a search for their father, who leaves home one day and does not return.  Incidentally, “Out of His Mind” is another work that suffers from incomprehensible blurb. I defy anyone to make head or tail of it. Where do these people come from?

When writing to literati

Be trenchant and terribly arty,

Then, if you look,

You’ll be in a book

All high-falutin’ an’ farty 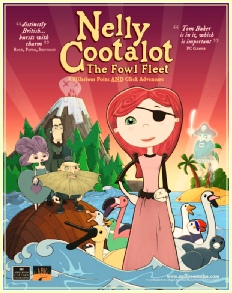 The widely-deeply talented comedian and film maker Alasdair Beckett-King, is also a games maestro. I was very happy to be asked to contribute to “Nelly Cootalot: The Fowl Fleet”, playing the evil Harbour Master Van Zandt and a couple of other parts. Among others lending their voice talents to the game are Tom Baker, Susan Sheridan, Samantha  Béart, Timothy Block, Toby Longworth, Nicola Redman, Tom Ward and Shellia Kennedy.

I also worked for  Alasdair on his film “The Library of Burned Books” which was nominated for the Student Academy Awards 2013 in the Foreign Film Category. 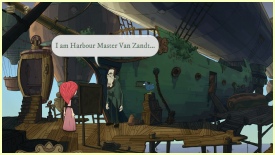 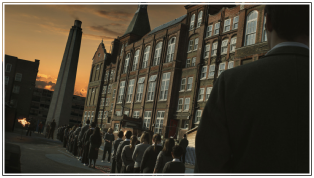 Still from “The Library of Burned Books”

“They are burning books in the school, but the headmaster tries to keep the magic of storytelling alive for one girl. Featuring Timothy Block, Jessie Wills-Taylor, Angie Fullman, Elliot James and the voice of Roger Davenport.”

As with “The Library of Burned Books”, I came on board the Nelly Cootalot video game through the good offices of Liam Creighton, a film maker with a wonderfully varied list of credits, talents and accomplishments. For Nelly he was voice co-director/producer.

Released in 2016, ‘NELLY COOTALOT, THE FOWL FLEET’ is a traditional point and click adventure - with a lot of humour.