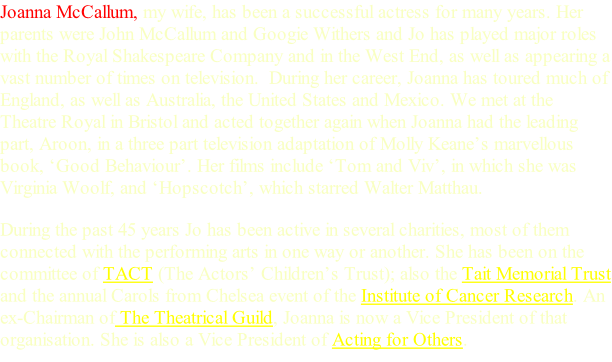 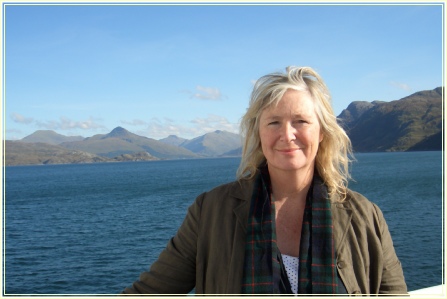 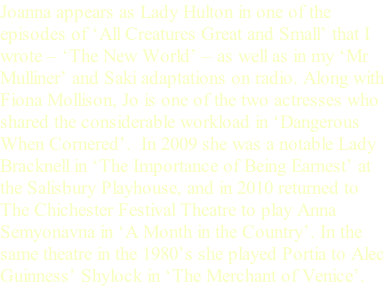 Joanna as Lady Bracknell in that 2009 Salisbury Playhouse production directed by Lucy Pitman-Wallace. At back, from left to right, Edmund Kingsley as Jack; David Hobbs as Lane (and Merriman); Matthew Douglas as Algernon, and Ellie Beaven as Cecily.

A fly-by of a fine career …

Joanna trained at NIDA in Australia, where she began her professional career playing Grusha in ‘The Caucasian Chalk Circle’ for the Melbourne Theatre Company, and was directed by Sir Tyrone Guthrie in ‘All’s Well That Ends Well’. Her home country of England claimed her shortly thereafter, although she has from time to time returned to Australia for stage work.

In the UK there were appearances in repertory theatres, and tours, and the opportunity to act in the West End with Tom Courtenay in ‘Charlie’s Aunt’, but in the mid 1970’s the work she found most exciting was a three-year stint with the recently-built Young Vic Theatre, where Frank Dunlop was the Artistic Director. There she played Lady Macbeth, Rosalind in ‘As You Like It’ and Kate in ‘The Taming of the Shrew’, amongst other parts. A little later, she made her first appearance for the Royal Shakespeare Company when she appeared as Virginia Vanderpool at the Aldwych Theatre in a Ronald Eyre production of the American play, ‘Saratoga’. 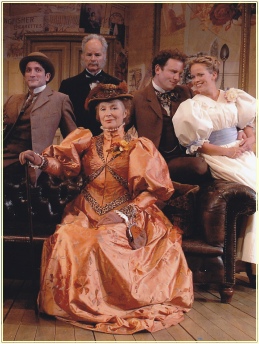 Television roles began to come her way in great number. Among them was the part of Winifred Holtby in the mini-series, ‘Testament of Youth’, in which Cheryl Campbell played Vera Brittain. There was a trip to Japan to film another mini-series, ‘The Ginger Tree’, in which Joanna was the missionary, Alicia. She also co-starred with Trevor Eve in ‘A Wreath of Roses’, a film directed by John Madden for Granada Television.  It was a dramatisation of the book by the mid-20th Century English writer, Elizabeth  Taylor, a novelist and short story writer who, like Molly  Keane (above), deserves a wider readership these days. 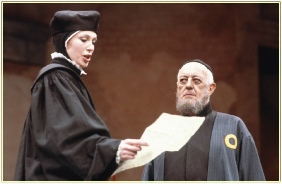 Above right: Alec Guinness as Shylock and Joanna as Portia in the 1984 Chichester production of ‘The Merchant of Venice’, directed by Patrick Garland. (Photograph by Donald Cooper) 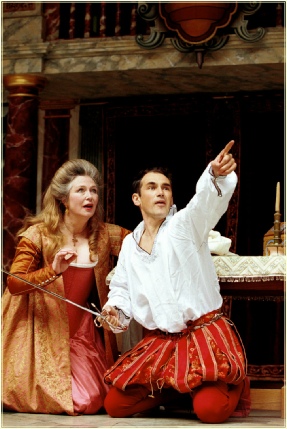 More photos from Donald Cooper (to whom many thanks  for allowing me to post these pictures). Above, Joanna and Mark Rylance in ‘Hamlet’, 2000 … Far left, Joanna (Lady Rumpers) observes strange goings on in Peter Hall’s Bath Theatre Royal production of ‘Habeas Corpus’. Left, Jo as Clytemnestra in ‘Electra’ with Lucy Briers in the title role (Gate Theatre London). Beneath, Ian Judge’s RSC production of ‘Twelfth Night’ (Robert Gillespie as Fabian, Tony Britton as Sir Toby Belch and Jo as Maria).

In 2016 Jo toured England in ‘Hobson’s Choice’, playing Mrs Hepworth. It’s a job she has a great fondness for because of the people involved at every level of the production. It went on to have a run at London's Vaudevillle Theatre. 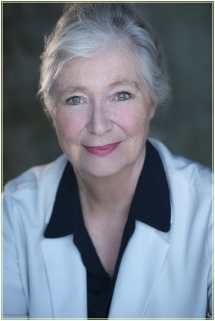 During the late 1980’s and early 1990’s Joanna was in several RSC productions at Stratford and at the Barbican – including ‘Twelfth Night’ (Maria); ‘Cymbeline’ (The Queen), and ‘The Merry Wives of Windsor’ (Mrs Page). Playing the other of the merry wives in that last production was Susannah York.

The Bard of Avon is a constant presence in this brief outline, and Joanna didn’t think twice when in 2000 she was offered the part of Gertrude in the Mark Rylance ‘Hamlet’ at Shakespeare’s Globe Theatre. Another well known stage company that offered great roles was The Chichester Festival Theatre, where in the 1980’s she played Jane Marryot in Noel Coward’s ‘Cavalcade’ (a mammoth production directed by David Gilmore), and, as mentioned earlier, Portia in ‘The Merchant of Venice’. There was, too, an early Nick Hytner production in which she played Marguerite Blakeney in ‘The Scarlet Pimpernel’, with Donald Sinden as Sir Percy Blakeney. This show later toured and had a run at Her Majesty’s Theatre in the West End. We were at Donald’s memorial celebration at Wyndham’s Theatre in the spring of 2015. It really did seem the end of an era. 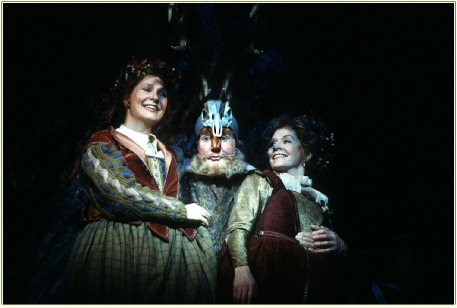 Above, a Donald Cooper photo of Joanna with Leslie Philips and Susannah York in Ian Judge’s production of ‘The Merry Wives of Windsor, RSC 1995). 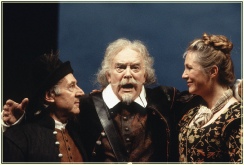 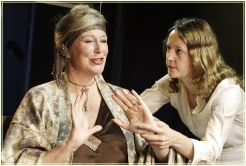 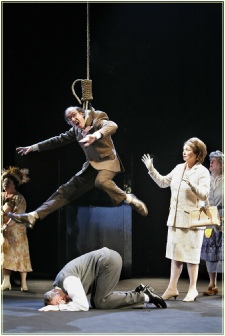 Over the years there have been so many performances to enjoy … Of her appearance in 1974 in ‘A Midsummer Night’s Dream’ (Open Air Theatre, Regents Park) the distinguished theatre critic J.C. Trewin wrote: “Simply the best Helena I have seen in a long experience.” Before advancing to Lady Bracknell, she was Gwendoline in ‘The Importance of Being Earnest at the Theatre Royal Bristol, where she also played the Princess of France in ‘Love’s Labour’s Lost’. She was Nora in ‘A Doll’s House’ (Perth Festival Theatre); Marion Sharpe in ‘The Franchise Affair’ (a 1988 BBC serial) … There’s been some wonderful stuff on BBC Radio … Marvellous roles in ‘Sherlock Holmes’ (Granada TV), ‘Poirot’ (ITV), ‘By the Sword Divided’ (BBC TV)… The list goes on, reaching backwards and sideways and every which way. Maybe I’ll add more of it to this site in the fullness of time (which I’d need a lot of to cover everything).